Where it all started

Trudodak was founded in 1974 by the owner P. van Schoonderwalt.

Up until 1974 Paul worked in his first years for Kamsteeg Roofing. When the original owner of Kamsteeg Roofing passed away, Paul took over the company and renamed it to Schoonderwalt Roofing.

In 2006, his son Erwin van Schoonderwalt restarted the company under the name of Trudodak Veldhoven. The fun part about this is that his father Paul got itchy again to get back involved with the company. He would stil come to the office to meet with customers and deal with quotations. Erwin was mainly involved in the jobs at the customers place, and together they were a great team.

Paul van Schoonderwalt still felt completely involved with the company, and still gets called “the Director”. Many people know he always sat in his “Directors chair” in the office.

Unfortunately, our beloved Paul van Schoonderwalt passed away on 15-03-2015. He was proud of the fact that his son Erwin took over the company and turned it in to a growing business. Also because of that, we decided to go back to “Trudodak” instead of “Trudodak-Veldhoven”.

At this time we are all committed to work on Trudodak. Our team consists of Erwin van Schoonderwalt and Kimberley Schoonderwalt among others. As you can see on the website, our projects keep getting bigger. For new roofs, roof repairs, isolation and construction projects, etc., Trudodak is the place for you.

Trudodak’s team hopes you can find any information you might need on our website. In case you still have questions, you can always contact Erwin, and he will help you along. 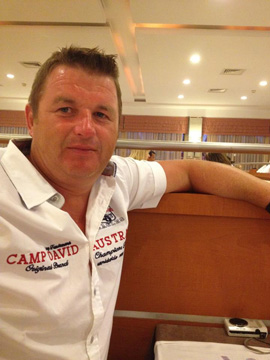 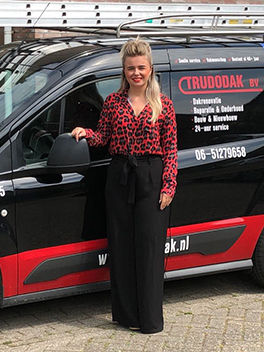